The United Nations Declaration on the Elimination of Violence Against Women defines violence against women as: “any act of gender based violence that results in, or is likely to result in, physical, sexual or psychological harm or suffering to women including threats of such acts, coercion or arbitrary deprivations of liberty, whether occurring in public or private life”

Put simply, violence against women is any violence directed towards a woman because of her gender or that affects women disproportionately. The term covers various forms of violence including but not limited to:

In Australia close to half a million women were the victims of violence, one in 20 women experienced physical violence and close to 2% experienced sexual violence. Young women and Aboriginal and Torres Strait Islander women are at a greater risk of violence than other women. Also women who have been sexually or physically abused as children are twice as likely to experience partner violence later in life.

It can be difficult to have open and honest dialogue about this issue and it is often considered to be a private issue between two individuals. However research has identified that male attitudes around gender roles are a key determinant of violence against women and this is where the issue becomes public as these attitudes are not developed in isolation. It is critical that we, as a community, show no tolerance for violence against women and work as a whole to recognise and respond to it as a problem for Australia society.

Our goal is to have the government of Australia to strive towards eradicating the negative views and attitudes that contribute towards violence against women by introducing programs and initiatives that address the problem as a public and societal issue and support the victims in coming forward and making themselves heard.

A proud initiative of the Your Kiss Counts by Momentum for Australia Charity.

We, the undersigned, call on Australian Parliaments to fund programs and initiatives to put an end to violence against women in all its forms. 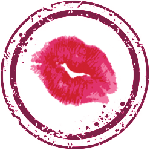